Agents of Change in the Valley…

What a week MJ and I had with the friendly people of the Ottawa Valley.  After returning from Africa a week ago Saturday, we left for Ottawa Valley Camp on the Monday to preach the second week of their family camp.

From the very first night there was a sense of hunger for more of God.  During the week I developed a series of messages around the “selah’s” of the Psalms.  It was an honor to be teamed with Dr. Bill Morrow (President of Master’s College and Seminary) as morning after morning he dealt with “road signs” in our lives.

As the week progressed we began to turn our attention toward “reinventing” the church in the Valley. 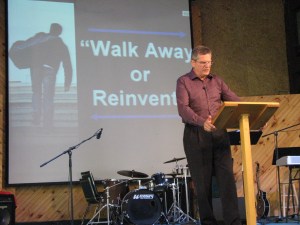 Of course, I could not resist the presence of a Harley to illustrate the meaning of  “reinvention” and what the church can learn from Harley Davidson!!! 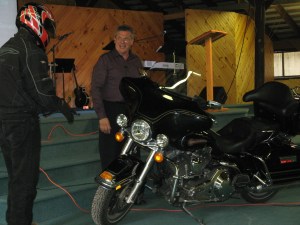 In the closing service last night, June Anthony (wife of the Camp Director) obeyed the prompting of the Spirit and had a word for the Camp.  She suggested that what God had done in the last two weeks at the camp was to be taken home.  She saw a river with many tributaries spreading from Ottawa Valley Camp to the rest of the Valley.  What a confirmation as God had put in my heart to close the camp by having people come to the altar with the determination to leave for home as “agents of change” in the churches of the Ottawa Valley.  I wish you could have been there to witness the entire camp moving to the altar at the end of the service.  Marilyn Bush (veteran missionary with the PAOC) closed the camp with an anointed prayer that opened the windows of heaven. 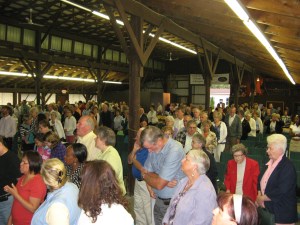 Special thanks to Cal and June Anthony for the kind invitation to be a part of Ottawa Valley Camp 2009.  They are choice servants of God!!!!  Thanks also to the leadership and people of Ottawa Valley Camp for taking us on as part of their missionary family this year.  We will serve with our whole heart to manage your investment in Kingdom purposes.

MJ and I are blessed to have the privilege of being with such wonderful people!