“Tonight, I will either be in jail, or I will be free…”

This past Sunday, I had the privilege of speaking at a historic church in Malone New York.  Mac and Rena Watson asked MJ and I to participate in the “dedication of the planned restoration of the stain glassed Moses window” in memory of their son Peter. 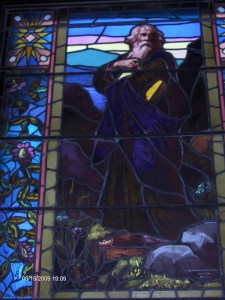 The First Congregational Church of Malone New York was originally built in 1827.  The present structure, built in 1883, sits on the original basement which includes tunnels and a formerly concealed room under the portico used to hide Freedom-seekers (escaped slaves from the South).  The church has been designated by the State of New York as a historic site on the Underground Railway Heritage Trail.  William A. Wheeler, Vice-President of the United States (1877-1881), was a member of First Congregational, Malone.  As guests of honour on Sunday, we were privileged to sit in his pew.

The State of New York became known as “a gateway to liberation for Freedom-seekers”.  It was here that they found protection in New York’s black community as well as among the Quakers and other white and mixed race communities.  Many of them escaped into Canada on hay wagons because of its close proximity to the US border.

As MJ and I toured the tunnel in the basement of the church, this modern day story of slavery brought Israel’s escape from Egypt to life.  You well remember the children of Israel escaping Egypt after 430 years of bondage.  As they approached the Red Sea, with the Egyptian army at their heels in hot pursuit, two seemingly contradictory commands were given.  Moses said to Israel “stand still” and God says to Moses “move on”. 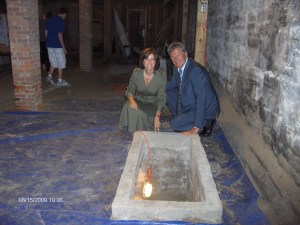 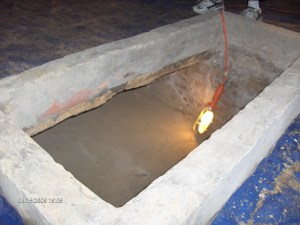 I couldn’t help think of the Freedom-seekers who crawled through tunnels that were hardly large enough for any human to get through.  Hiding from their slave masters, in a dark, damp, concealed room, they had no choice but to be still.  Surely some were thinking, we would be better to go back to the South then to be in these tunnels.

You may be facing a slave master in your own life – health issues, finances, family struggles, drugs or alcohol, or employment issues. Moments of stillness, allow us to put things into perspective.  It brings some sense to our situation.  We either go back to the place of bondage and let the circumstance master us, or we determine to move on to our freedom.

Putting our trust in God will cause us to move on!

While in Lusaka Zambia a few weeks ago, I met a man who in 1973 got in to a forty foot container on his 19th birthday in hopes of escaping the communist stronghold of East Germany.  As he got into the container late in the night, he said to himself:  “tonight, I will either be in jail, or I will be free”.  Obviously he escaped to his freedom because today he owns and operates a German restaurant in Lusaka.

I take some extra time in my blog today to challenge you to take a moment to be still in the midst of your circumstances.  As you put things into perspective, put your trust in God and move on in Him!!!