You may have watched Kevin Skinner, an unemployed chicken-catcher from Mayfield Kentucky win a million dollars plus a performance contract in Vegas on “America’s Got Talent” – what I would call a cheesy version of American Idol. 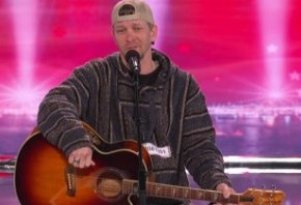 What did America see in a man who isn’t the best singer in the world?  I think they saw authenticity – someone who was real!

When Kevin was asked why he thought America voted for him, he said:  “I kind of think — and I’ve heard a lot of people tell me this — that I connected with the audience, that people all across America were connected to me. I’m just a common, everyday person. I don’t look any different, more flashy than I would every day. People connected with that. I’m kind of like the friend next door, you know? I think I also just chose a good song, too, and it turned out great. I think that’s what gave me the edge.”(Henning Fog – PopWatch)

By way of contrast, I watched a little bit of the New York Giant – Dallas Cowboy football game last night.  It was also the inauguration of the billion dollar football stadium in Dallas Texas.  A field goal on the last play of the game awarded the Giants a victory in front of 105,000 Cowboy fans (the largest crowd in NFL history to watch a game).  It is a reminder that you can have all the talent on the field, the largest and most expensive stadium in the world, and yet lose the game in the final seconds. 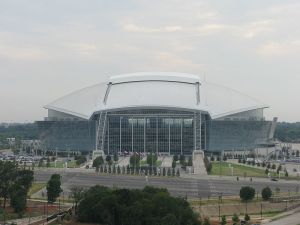 I was reading these words in my devotions this week:  “Naked a man comes from his mother’s womb, and as he comes, so he departs.  He takes nothing from his labor that he can carry in his hand.”Ecclesiastes 5:15