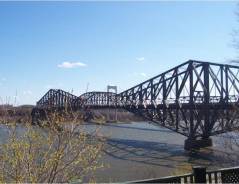 This weekend, MJ and I had the privilege of ministering at the 12th anniversary of Eglisé Vie Abondante in Quebec City (St. Foy).  From the church parking lot, you get a view of the historic Quebec bridge.

During its construction, the local engineer began to notice distortions on some of the key structural members of the bridge.  On August 29, 1907 he made a trip to New York convincing the Phoenix Bridge Company to send a telegraph to Quebec City:  “Add no more load to bridge till after due consideration of facts”.

The message did not get passed on to Quebec and that same afternoon, after 4 years of construction, the central part of the bridge collapsed in 15 seconds.  Seventy-five of the eighty-six workers died that day. 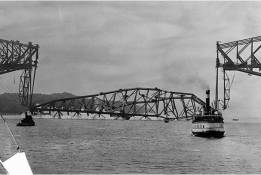 If  you want to transition from the pasture to the palace, do not try to shortcut the process.  The Quebec Bridge is a reminder that shortcuts in the process will lead to disaster.  Instead, like someone once said, trust God’s “wise kindness” even if the journey to the palace seems like you are taking the long way around.

Engineers across Canada, upon graduating from University, receive this ring to wear on the small finger of their right hand.  Following the tragedy of the Quebec Bridge the ring was designed as a reminder of the lives that were lost because of a shortcut taken in the process to the bridges completion.  Today, as the engineer works with his or her hands, the ring is a reminder to never take a shortcut in the process.

There was another ring designed 2000 years ago.  Jesus wore the ring on the Cross of Calvary.  It is called a crown of thorns and it serves as a reminder to us today that He did not take a shortcut in the process. 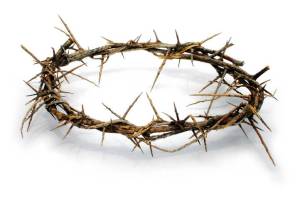 Through his death, we have forgiveness of sin.  That forgiveness will lead from the pasture of life to the palace of eternal life.  If you haven’t asked Him to forgive your sins, why not do it today?

Until next Monday…
Don