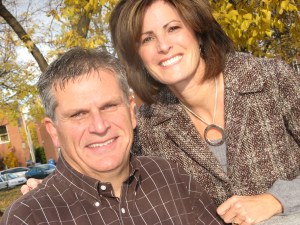 These are just a few things that MJ and I are dealing with as we prepare to leave for Angola today.

First, the volcano in Iceland is playing havoc again with air travel in Europe.  MJ and I are traveling through Paris to Angola however the rest of our team (Pedro Peris and Steve Chaloner) are scheduled to travel through London.  Presently, the airspace in Paris is open but London is closed.  We are waiting word as to whether or not Pedro and Steve will be able to re-arrange their flights.

Following our trip to Angola, MJ and I will head to Asia, specifically Thailand and Vietnam.  As you may have heard in the news, there are ongoing riots in Bangkok.  According to our sources there, these riots should not present a problem for us but we ask that you pray for the unrest in Thailand.

Yesterday we received an email from one of our global workers in Kenya.  The following is an excerpt from that email.  “Here in Kenya we have had so much rain, rivers are bursting their banks and last Sunday night the river behind the property here in Nairobi burst its banks with the raging torrent pushing through the concrete walls, filthy garbage and water up to 4 feet deep came within an inch of the MacMinn and Chaloner back doors.  Then the wall on the other side of the property gave way so that the water could find an escape route and the level began to drop. The back yard looked like a moonscape on Monday morning with huge concrete blocks spread all over the yard by the force of the water.  Turkana in northern Kenya – usually a desert – has had so much rain – rivers are overflowing and villages completely destroyed.  Here in Kibera a number of small children have fallen into the raging waters and been lost. The paper today said 120 people have died due to the flooding in Kenya. And there have been some major challenges in decisions that need to be made connected to the work of God!”

You may remember from previous blog’s that Turkana and Kibera are places that MJ and I were in just three weeks ago.  We will return to Nairobi for a few days in between Angola and Thailand/Vietnam.

So, a lot is happening as we leave for Angola today.  We covet your prayers for the people in the regions I have mentioned as well as for us as we begin our journey to these areas.  I will keep you posted in future blog’s (depending on internet access) as to how we are making out.