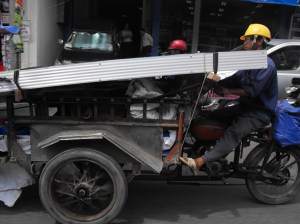 Today’s blog for the most part will be faceless and nameless in an effort to protect those involved.  I have included a few generic pictures for your enjoyment.

If you have been watching our schedule, you will know that MJ and I have just completed a week in a country where for many years the church met in homes “underground” (meaning in secret).  In recent years some restrictions have been lifted, but on the final day of our conference we were met with a sobering moment of reality.  The mood and tone of the leaders suddenly changed, the curtains on the floor to ceiling windows were drawn and we were asked to begin to pray in silence.  The local police had come to our conference location and began to ask why our group of about 120 people were gathering.  As a result, we suspended our meeting for one half hour in hopes that the police would leave.  Eventually they did, and with about three pastors posted outside the door to keep watch, we continued our meetings and completed the seminar all be it in quieter tone but with no less enthusiasm.

What amazed me was how calm the people were.  It was evident that this had happened before and it appeared that they simply took it in stride and everyone knew what to do.  In sharp contrast however, our team dealt with the sobering reality of what it is like to live with spiritual oppression and uncertainty.  As a team we did not know what the outcome would be and what explanations we may have to give the authorities.  This was something we had read of in the past but very sobering to experience it in “real” time.  We left the conference with a whole new appreciation for churches around the world who do not have the freedom that so many of us in the western world have.

MJ and I returned to Nairobi at six o’clock this morning.  During the taxi ride from the airport we picked up the Daily Nation newspaper with this front page story:  “Bloody Sunday”.  Yesterday, at a park about a five minute drive from where we are staying, churches from across Nairobi came together to pray against the new constitution that is being proposed for Kenya.  As thousands were praying, two grenade type bomb blasts occurred resulting in the death of five people and seventy-five others injured.  Another sobering moment…

As MJ and I travel the world and experience these “sobering” moments in the church, we have always said that upon returning to our home nation we will endeavour not to lay a sense of guilt on the local churches that we visit.  I must admit I am struggling this week with that commitment.

When twenty-seven of the one-hundred and twenty people you spent three days with have been arrested at one time or another for their faith, and when you return to a city where twelve hours before, five people were killed at a prayer rally, it is hard not to say anything.

I am discovering that church for me has been pretty comfortable over the years.  What I take for granted, others have paid a heavy price for!  What many fight over because they feel the church is not meeting their needs; others are going to jail for and even dying for because they know the church is the only hope for the spiritual need of their nation.  Just something to think about????? 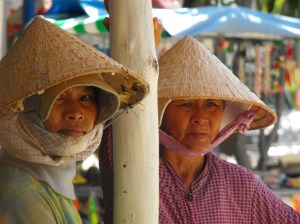