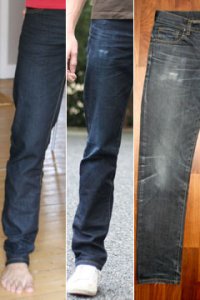 According to a recent news report denim jeans are returning to the way they used to be – raw, unwashed, stiff and without holes.  The asking price is between $100 to $300 dollars with the understanding that they have the potential to last for years. There is only one catch, you have to wear them for six months without washing them until they take on your shape, personality and wear marks.

“I think the appeal is mostly that you can have a pair of jeans which are completely unique to you, a wash that you created yourself with your everyday life,” said Lorna Burford, editor-in-chief of Denim Blog “I always think of raw denim like a blank canvas and they are your project, just wearing them every day and you are creating a work of art.”

Recently, I was reading in Jeremiah 13 how God told the prophet to buy a linen belt and put it around his waist.  Shortly after, God told him to take the belt and hide it in the crevice of a rock.  Many days later, God told Jeremiah to go to the place where he had buried it and dig it up.  When he had done so Jeremiah said:  “now it is ruined and completely useless”.

Why would God have Jeremiah buy a belt only to bury it, rendering it ruined and completely useless?

It became a great lesson on pride.  The belt provided a picture of God’s desire to be bound to the house of Israel and Judah for His renown, praise and honour.  But their pride, stubbornness and idolatry would cause them to become like the belt – completely useless!

So what do dirty denims and a linen belt have in common? Not much except after six months, both are dirty but not necessarily useless.  Dirty denims will take on your shape and become completely unique to you.  Just don’t let pride render you completely useless. 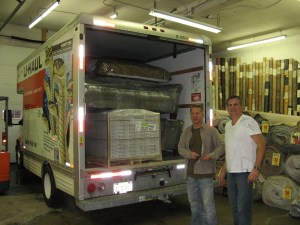 No one ever told me when I became a global worker just how exciting life would become.  Over the last two weeks I have travelled in everything from planes to trains and U-Haul trucks.

Flying a red-eye special from Vancouver last Sunday night allowed me to get home in time for a wonderful thanksgiving meal with my family.  MJ cooked one of the best turkey meals ever last Monday!!!

Then on Wednesday and Thursday MJ and I, with the help of some dear friends, loaded a U-Haul truck with furniture, flooring and personal items and headed down the 401 to Chatham Ontario.  On Friday, we unloaded the U-Haul at Loads of Love in Chatham, a humanitarian/missions organization which is run in its entirety by an incredible group of volunteers.  The items that you see pictured will be loaded on a container at the end of this month bound for Kitwe Zambia.  Donations of office furniture for RTC’s new leadership center at Trans-Africa Theological College, flooring for our new home in Kitwe, boxes of books for the Bible College in Congo, material for the sewing center and so much more will cross the ocean and find a new home in Africa. 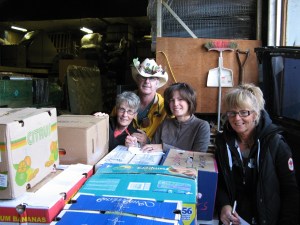 To top it all off, after speaking at Royal View in London, MJ and I got on a VIA train and headed back to Montreal last night.  If you haven’t tried the train, don’t knock it, it is a great way to go (how I wish VIA would sponsor me for the promotion).

So I must say that life as a global worker is certainly an adventure and you know what, I wouldn’t trade it for the world.  I told the congregation in London yesterday that stepping out of the boat requires faith and so far we have not sunk because we have kept our eyes on Jesus.  He has become the focal point of what we do and how we live and I plan on continuing to focus on Him – eye-ball to eye-ball! 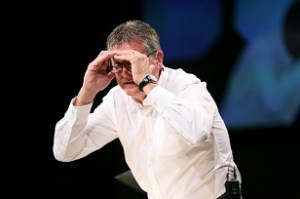 Looking into the future…

Spend an afternoon with one hundred and sixty Bible college students and it won’t take long to realize that there is a tremendous future awaiting the church!

What a thrill to engage with the student body of Summit Pacific College last Wednesday afternoon at the British Columbia Conference on the Ministry!  The discussion can be summarized in two parts and I would ask you to be open-minded as you read through this partial list of responses.

1)      What do you want to say about the present effectiveness of the church?

2)         What does the district leadership need to hear about the future effectiveness of the church?

I applaud the leadership of the BC Yukon District for wanting to hear from the next generation of leadership in their district.  The following quotes from two students summarizes it the best:

“Please mentor us, invest in us, give us opportunity – listen to our hearts – don’t judge from our outside appearance”

“My generation needs you to step up to the plate and invest personally in our lives; otherwise who can we learn from?”

From my vantage point, the church’s who invest in the next generation of leadership have a great future!!!!!

P.S.  If you would like RTC to engage your next generation of leaders in a similar discussion, contact me at dmann@paoc.org 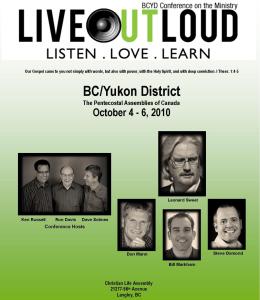 Today marks the beginning of the Conference on the Ministry for the BC District.  I am honored to be a part of this gathering of pastors, church leaders and bible college students.  What a thrill it will be to address pastor’s on Wednesday morning and then spend the entire afternoon with the student body of Summit Pacific College!

One cannot ask for a better combinations of leaders to address – practitioners who are practicing in the field and protégé who are preparing in the classroom.

A protégé is “a person under the patronage, protection, or care of someone interested in his or her career or welfare”.  This definition reminds me of the responsibility that lies before me this week.  I have a deep interest in the career and welfare of pastors and church leaders in Canada and around the world. Perhaps more importantly is the protection and care of those who are preparing themselves for future ministry in the PAOC.  So, this week I humbly admit the magnitude of the task I face in British Columbia, especially this coming Wednesday.  I am grateful for the opportunity and thank you in advance for your prayers.

What also hits me is the awesome privilege MJ and I will have as of January 2011.   We have been given the opportunity to care for, protect and take interest in the welfare of pastors and bible college students across the continent of Africa and around the world,  from the soon to be leadership center in Kitwe Zambia.  I thank God daily for His incredible faithfulness!  MJ and I continue to make Psalm 90:17 our prayer:  “May the favor of the Lord our God rest upon us; establish the work of our hands for us – yes, establish the work of our hands.”