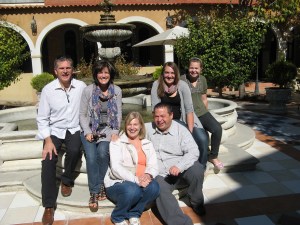 MJ and I had the privilege of spending the past week with the Desrosiers family, fellow global workers with the PAOC, in Namibia.  We first met Darrell and Sharon at Transitions, our mission’s preparation program, two years ago.  Little did we know then that two years later we would work together to encourage, equip and empower pastors in Namibia.

Namibia, a small nation of two million people, with its desert like conditions and mountains spreading throughout the countryside, reminds me of Kelowna in beautiful British Columbia.  It is truly a hidden jewel in Southern Africa.

The church in Namibia has a huge opportunity to impact the nation, but finds itself working through some leadership challenges.  One of the speakers at our conference, last week, suggested that the country has never experienced a nation-wide revival.  Although the numbers were small, RTC was privileged to come alongside the church leaders who were there, by encouraging them to move toward Kingdom impact all across the country of Namibia. 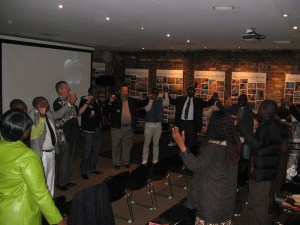 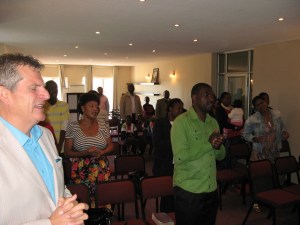 On the Sunday I had the privilege of speaking at Oasis, a church plant started eight months ago.  Darrell is mentoring a Namibian pastor and together they are reaching out to people who have potential to be key influencers in society.  The church includes professors, doctors, pharmacists as well as an ambassador from another African country who have a vision to reach all walks of life.  On the Tuesday night, we met in the ambassador’s home for a Bible study.  As I walked the group through what an Acts 2 church could look like in 21st century Namibia, my heart was stirred with the vision they have for the capital city of Windhoek.  Please pray for Darrell, his family and the Oasis church.  Truly Namibia is a hidden jewel with huge opportunity. 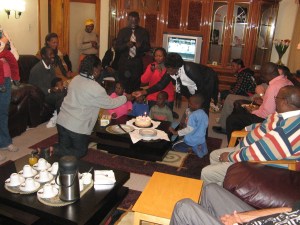 Today marks the beginning of two very busy weeks before our return to Canada.  Starting tonight, I will spend every night this week with a group of church leaders here in Kitwe. On Saturday, church boards will join us and on Sunday I preach in the host church.  Included in this mix, I speak to the graduating students at the TTC chapel this Wednesday and on Thursday we have a follow-up to our Team Work Makes the Dream Work seminar held this past March.  There is never a dull moment in Africa!

Then next week, MJ and I are off to the Congo where I have the privilege of speaking at one of the largest Missions Fest’s in Africa.  So as you think of us we would appreciate your prayers.