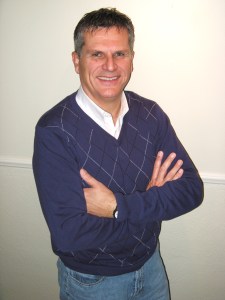 MJ and I arrived in Canada from Zambia at 10 p.m. on Friday night and returned to a full preaching schedule on Sunday.

Sunday morning I preached in a three in one church. Let me explain…three churches have combined into one after beginning the process of working through twenty-seven years of division. What a thrill to stand before hundreds of people who have decided to put aside their differences, so that they can come together as one to have an impact upon their community.

The reconciliation began when the leadership of the three churches began to discuss the possibility of a merger. The next step was to call the congregations to a week of prayer. The third step included a vote in each congregation to determine the people’s desire to come together. The result was a merging of three churches into one that began on September 11, 2011. The three pastors of the each church have formed the pastoral team of the new assembly. Putting aside their pride, they have come together as one in humility. I was privileged to be the first guest speaker in the newly merged church.

Over lunch, one pastor told me that up to a couple of years ago, he would have never dreamed of a merger of churches based on the bitterness of twenty-seven years of division. When I asked him what changed his heart, he told me that his eyes were opened when he saw people from the three churches coming together for funerals but never for church services. It caused him to realize that something is wrong when the church can come together to celebrate death but cannot come together to worship life through Jesus Christ.

Sunday night, I preached at the thirtieth anniversary at another church. By the end of the day I was taken by the fact that in the space of twelve hours, I had covered everything from twenty-seven years of division to thirty years of ministry.

As I ponder on yesterday’s events, I come to this one simple conclusion – pride leads to division, humility leads to unity.