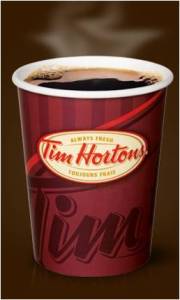 How do we get Starbucks and Tim Horton’s talking?

MJ and I stopped at a Tim Horton’s the other day on our way through to London, Ontario.  It was filled with hat wearing senior citizens socializing over a hot cup of coffee.  Their big decision was whether they wanted a small, medium or large.

On at least two occasions this weekend, I have enjoyed a Grande, Pumpkin Spice Latte with no cream in a London Starbucks.  Both times I noticed it was filled with an intergenerational crowd of computer carrying, Kindle bearing people sipping on a coffee that depends upon the learning of a whole new language when ordering at the counter.

It is no wonder that we experience challenges, misunderstandings and even fears between generations.  Think about it.  If you are a computer suave individual who doesn’t mind mortgaging his or her house to buy a coffee and who finds it easy to learn a new language, than the free Wi-Fi Starbucks is for you.  However, if you want to save for retirement and don’t depend on 24/7 access to the internet, than Tim’s is the place to be.  And we want to get these generations talking?

A cup of coffee is a great way to get people talking and work through some of the intergenerational misunderstandings.  Think of what could happen if a hat wearing retiree would use a little bit of retirement savings to treat the computer carrying generation to a Grande, Pumpkin Spice Latte with or without cream at Starbucks – they may learn a whole new language.  Or, what if a young person were to put the computer away for a while and sit at Tim’s with one who has been educated by life experiences instead of the internet – they may get a very inexpensive education?

So, if we find it hard to get Starbucks and Tim’s talking, someone should think about putting the coffee pot on at home and meet in the middle. 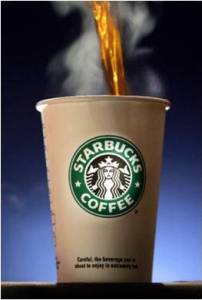