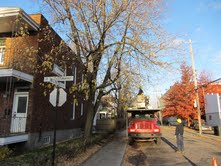 A maple tree, planted about thirty years ago at the side of our home, has grown to well over thirty feet high.  Tree experts have suggested to us that the root system is as wide under the ground as the branches are above the ground.  The only problem is that the roots, over the years, have crept closer and closer to our home, resulting in the formation of cracks in our foundation.

After much negotiation with the city, we finally got a permit to cut the good old maple down.  It took two men three hours to cut down, haul away, and grind up thirty years of history. Today, as you walk by our home, you would never know a tree existed in that spot.

It reminded me of life.  A person can spend a lifetime building trust and lose it with just one slip of the tongue. A few moments of letting one’s guard down can destroy years of integrity.  Marriages that take years to build can be destroyed limb by limb because of jealousy, lack of forgiveness, apathy and indifference. 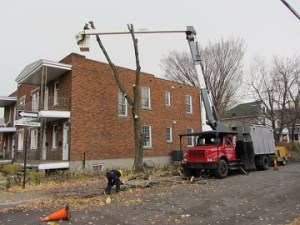 What can we learn from a thirty year old maple tree?

First, think ahead before you plant the tree.  Don’t rush into decisions carelessly or thoughtlessly.  What starts as a single seed, grows over time to become a very large tree.  Make sure you think through the future consequences of your decisions made today.  The one who planted the good ole maple thirty years ago, never stopped to think about the fact that it would grow so close to the house.

Second, don’t put off for tomorrow what needs to be done today.  MJ and I kept delaying our decision to cut down the tree because we feared the cost of removing such a large problem.  We finally realized that the cost of fixing the foundation would be far greater than the cost of cutting the tree down.

Third, don’t take shortcuts in the process.  In our city, fines paid for cutting down a tree without a permit are far more costly than the cost of cutting the tree down itself.  And another thing, don’t take things into your own hands, leave the tree cutting to the experts. You will live longer and have fewer broken bones. 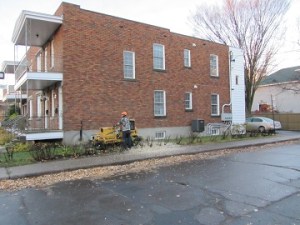 So, as difficult as it was to cut down thirty years of history, the consequences of leaving it would have been far greater in the future.  That is why it is important to think through life decisions before you make them, and count the cost in advance.