How big is your cross?

I have never used my blog to 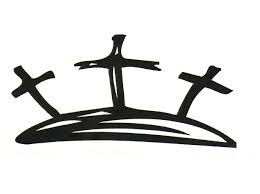 weigh into politics and for sure I have no intention of starting now.  However, I want to use a political “hot button”, at least in Quebec right now, as a means of getting us thinking about our effectiveness as a church in society.

Quebec’s proposed charter of values, if passed, will forbid all public employees from wearing “overt and conspicuous” religious symbols and headgear in the public workplace.  Whether you agree or disagree is not the issue, the issue of my “musings” is whether or not a religious symbol is really what makes the difference in a person’s life.

Twice, in the last two weeks, I have told waitresses in restaurants that it is my custom to pray over my meal.  In both instances I asked them to think about one thing that they would like me to pray for.  One asked that I pray for happiness and peace, the other asked that I pray for her alcoholic father.  I wasn’t wearing a cross around my neck, or carrying a Bible in my hand, I was simply interested in the needs of the people who were serving me.

As I left the one restaurant, the waitress said, something must have told you to ask me that question.  Knowing that to tell her “the Holy Spirit told me”, (which I believe He did) would cause her to question my sanity; I simply let her know that Jesus was the peace she was looking for.

There is no telling what the future holds for the church and Christianity in Canada.  Could it be that in the name of “ tolerance”, the face of faith will be forced to become more privatized and less recognizable in public?  Could it be that Christians will be persecuted if they make a public declaration of their private faith?

If that day comes, the size of your cross will mean nothing, but, the passion of your witness will become everything!  In the latest book produced by the PAOC called “His Witnesses”, David Wells says: “The reality is that reaching an unreached neighbour, friend, or person at work does not carry the same priority as it did previously for most Canadian believers – especially if it is perceived as participating in yet another time-consuming program”.  If this is the case, and if this kind of apathy exists, then privatization of our faith is not very far off!  As a matter of fact, deep down, some may actually be happy to see political intervention, regarding public faith, as it will take the pressure off of them to share Christ at all!!

To be frank, I am more concerned about a weakened witness by Christians then I am about a political charter that may restrict the use of religious symbols in public places.  Christianity is not about a symbol, it is about Jesus Christ who paid the ultimate price of sin by dying on a cross and taking upon Himself the sins of every individual in this world.  Jesus is not a symbol, He is the Saviour!!!!  The question is not the size of your cross; the question is really the size of your Jesus and how much impact you think He can have upon the people you meet in public places!