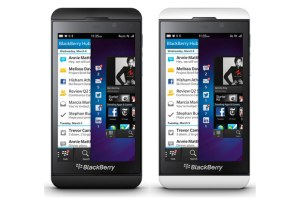 Blackberry and the church…

Watching a tech-giant company free-fall from its one time place of Smartphone dominance can be a painful experience.

A CTV news report, posted yesterday, suggests that the most recent job cuts at Blackberry have many questioning the future of the struggling company.  Marvin Ryder, marketing professor at McMaster University, says “You want to restructure, but to what?  If you just don’t have anything people want – there’s just no place to go.”

Just this morning I asked a lady if church had been a part of her weekend.  When she responded no, I asked her if she attends church.  Responding no again, she went on to say that if a person likes to go to church, she has no problem with that, but as for herself, she sees no need of including it in her life.  Ironically, people’s opinion of the church is similar to what Blackberry is facing, “if the church doesn’t have anything people want – they’re just not going to go, and will seek other options that are more appealing on a Sunday morning”.

Ryder goes on to say, “In a high-technology industry, you have to innovate or die.  They gave up the high ground, and once you give it up, it’s almost impossible to get it back.”

Many churches across Canada were at one time on the high ground of apparent success.   Once full of vibrant people, they now find themselves with a growing number of empty seats on Sunday morning, and the seats that are occupied, are occupied predominately by an aging population.  The danger in a declining church is that it opts for tradition instead of innovation.  For some, the slow death of hibernating to the comforts of the “good ole days” is preferred to the pain of change that innovation introduces.  Tradition, at the expense of innovation, produces a conversation about “the way things used to be”.  Innovation, that respects its tradition, gives the church an opportunity to gain influence in the community it serves, in spite of the detractors who suggest it is impossible to get back.

In one of RTC’s newest seminars, called “The 3G Church in a 4G World”, I have been using the Blackberry story as a means of studying the church.  Thorten Heins, chief executive of Blackberry, called the latest announcement of job layoffs “a difficult, but necessary change.”  He also said that the company will refocus on professional Smartphone users as it moves ahead with his three stage plan intended to return Blackberry to profitability.

Reading the CTV online articles of yesterday and today, Heins appears to be saying that his company needs to return to the historic core strengths of what made it a high-tech giant in the first place – software and security.  Could it be that God is calling His church back to the core of what made it the fastest growing, most talked about organism in the entire world –the Gospel (its “software”), and the message of hope (its “security”)?   Imagine with me a church that is consumed by the conviction that people without Jesus are facing a lost eternity.  Imagine with me a church that is passionate about sharing Jesus with its friends, neighbours and workmates because it is absolutely convinced that He is the only hope of the world!!!

By the way, the key difference between a corporation like Blackberry and the church is its CEO.  Need I remind you that the CEO of the church is God?  He holds the keys and He holds back the gates of hell!  Today the problems at Blackberry continue to pile up.  Tomorrow, the church will still be here, with or without a Blackberry in its hand! 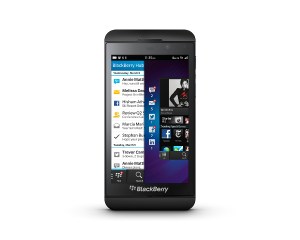