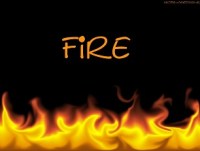 The mess of excess…

Whether watching live streams here in North America, or sitting with National leaders in Africa, I watch opposing teams trying to win the face-off that leads to ultimate victory.  At the end of the match, it appears there are more questions than answers, both have things to say that hold validity, but no one seems to comes out the clear winner!

A few days before leaving Kitwe, Zambia, to return to Canada, I had to go to Auto World to get some parts for my vehicle.  On the wall was a sign that to this day I regret not taking a picture of.  It showed two oil filters, one marked “genuine”, the other marked “counterfeit”.  The caption said, “why would you settle for the counterfeit, when you can have the real thing”!  The sign went on to say that you may pay less for the counterfeit, but in the long run, you will do more damage to your car.  Trust me, I have learned this to be true, the hard way!

The tension between the counterfeit and the genuine is causing much damage to the Body of Christ.  The short-term hunger for more of God promoted by so-called prophets, coupled with the debate of so-called theologians on the subject, may be causing long-term damage to the church.

Do you remember when Moses and Aaron appeared before Pharaoh to negotiate the release of the children of Israel from slavery in Egypt?  In the first three plagues, Pharaoh’s magicians, Jannes and Jambres, were able to replicate everything Moses did.  When it came to the plague of lice, the magicians became powerless and said to Pharaoh, “This is the finger of God!”  From that moment on, they were unable to duplicate any of the miracles.

Here is how I see it according to Scripture:

2)      The counterfeit is egocentric (the individual as the center of all things) while the genuine is theocentric (God as the focal point of thoughts, interests and feelings)

“By faith we understand that the worlds were set in order at God’s command, so that the visible has its origin in the invisible.”

The genuine is the visible having its origin in the invisible, leaving human beings with no doubt that “this has to be a God thing!”

If I use Canada`s national sport, the game of hockey, as an analogy for the mess of excess, I am not sure there is a clear winner.  Even if we play three solid periods of charismatic/Pentecostal, non-charismatic/non-Pentecostal debate and end in a draw, we still face overtime.  If after five minutes of overtime, we are still tied, we go to a shoot out (or should I say “shout out” in the church).  At the end of the shootout, the team with the most goals lifts their arms in victory and embraces each other on the ice, leaving their opponents heading to the dressing room disappointed and dejected.  Unfortunately, in the church league, it is not only the losing team that suffers; the whole Body of Christ is damaged! 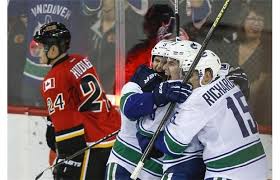 I believe there is a day coming that God is going to point His finger and say enough is enough.  When are we going to learn to take our hands off of His church?  When will we turn from our egocentric agendas that lead to a mess of excess and discover that theocentric promises lead to abundant blessing that come directly from the throne room of God?

“Now to the eternal king, immortal, invisible, the only God, be honor and glory forever and ever! Amen.”