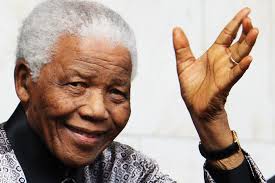 The eyes of the world are focused on South Africa this week.

What is it about a man named Nelson Mandela that has captured the attention of so many people around the world?  I wonder if the man had something that deep down, we all want to emulate?

After 27 years of imprisonment, Nelson Mandela spoke these words:  “As I walked out the door toward the gate that would lead to my freedom, I knew if I didn’t leave my bitterness and hatred behind, I’d still be in prison.”

Perhaps many of us are drawn to the man because we only wish we could live life in this way.  Do we trust ourselves enough to think we could say the same thing if we were found in a similar situation?  How many live today with grudges?  How many feel victimized by their circumstances?  How many wallow in the hurts inflicted by others?  How many are being eaten by the bitterness of past pain?

How we handle our circumstances determines whether we will be victim or victor?  Our trials become a test of triumph or tragedy.  Our attitude determines our attitude! 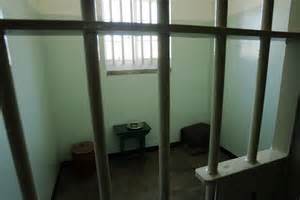 One of my goals after moving to South Africa will be to visit Nelson Mandela’s prison cell on Robben Island.  I have tried to imagine what it would be like to work hard labour everyday of your life for 27 years and come back to your small cell at night without being consumed by the injustices inflicted by others.  How many people walk free in this world today but are imprisoned in their hearts by the hurts, grudges and injustices of life, injecting the deadly toxins of bitterness into their veins.  Bitterness in the heart is like a deadly cancer in the body, and unless treated will lead to death.

Perhaps this is what draws so many of us to the man being memorialized in South Africa this week.  Instead of walking out of his cell with hatred for his perpetrators, Nelson Mandela was released from his prison of 27 years with the hope of reconciliation for a nation filled with racial injustice.  He chose victory over victimization, triumph over tragedy, and decided to become better not bitter. He was determined to make a positive difference in the country he loved.  The prisoner became a president!

Our world would be a far better place if more of us would choose the same path.  I for one am determined to walk that journey.  Will you join me?