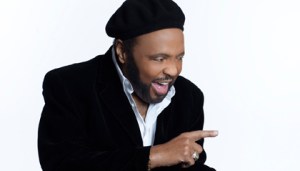 Social media has been flooded this past week with sentiments about the passing of singer and songwriter, Andraé Crouch.

I remember well, as a sixteen year old, attending an Andraé Crouch concert at Varsity Arena in Toronto. There were those in the church who criticized the youth group for attending a “rock concert”.  How interesting that those same critics ended up singing what some have called the greatest hymns of this modern age – My Tribute, The Blood Has Never Lost It’s Power, Soon and Very Soon, and my all time favourite, Through It All.

In the same week that Andraé Crouch went to be with Jesus, events unfolded in Paris that captured world wide attention. Militant extremists, who thought it was their right and responsibility to shoot and kill 17 people, terrorized a city for three days. Now the world is on alert with concern that similar attacks could happen anywhere at anytime.

Yesterday, more than a million people surged through the streets of Paris. With arms locked, they displayed to the world a picture of unity, letting terrorists know that they as a country refused to be intimidated. French President Francois Hollande said: “Our entire country will rise up toward something better.”

What is something better? In the midst of fear felt around the world, “the blood of Jesus has never lost its power”! Militant extremists who thrive on intimidation and get their moment of glory in the world wide spotlight will one day discover that “to God” only, the creator of the world and Father of Jesus Christ, “be the glory”! No matter what happens in this world, “through it all, I’ve learned to trust in Jesus”! The continued unfolding of world events is once again a reminder that “soon and very soon, we are going to see the King”! All of this adds up to something better, something much better!

Thanks Andraé for inspiring the church world wide with your gift of music and song writing. Thanks to the people of France for your resolve and display of unity to the world. 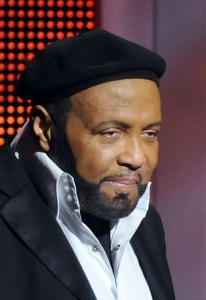 Could it be that Andraé Crouch and the psalmists are sitting near the throne of God, making music with the Psalms?  “Better is one day in your courts than a thousand elsewhere; I would rather be a doorkeeper in the house of the Lord, than to dwell in the tents of wickedness”!  Or how about, “Even though I walk through the valley of the shadow of death, I will fear no evil, for You are with me; Your rod and your staff, they comfort me”.  I love God’s invitation in Psalm 110:1, “Sit at my right hand until I make your enemies a footstool for your feet.”