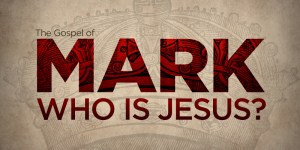 Moving From Amazement to Offence

This past Saturday, I began a journey through the Gospel of Mark with around forty students from the University of Pretoria.

We are on a five month quest to see what made Jesus irresistible as He walked this earth. I am challenging the students toward a decision of “irresistibility” for Jesus at the end of June.

The irresistibility of Jesus seems to start with His teaching

Mark 6:2 “When the Sabbath came, he began to teach in the synagogue, and many (not necessarily all) who heard him were amazed.”

Mark 1:22
“The people were amazed at His teaching, because He taught them as one who had authority, not as the teachers of the law.”

* Jesus’ teaching had a fresh authority, not someone else’s message, which often lead to a deliverance or healing

Vs. 23 & 25 “Just then a man in their synagogue who was possessed by an evil spirit cried out…Be quiet! Jesus said sternly. Come out of him.”

2) Jesus teaching appealed to the mind

Mark 2:2
“So many gathered that there was no room left, not even outside the door, and He preached the word to them.”

* When the teachers of the law heard Jesus say that the paralytic man’s sins were forgiven, the Bible says:

Vs. 6 “They were thinking to themselves, ‘Why does this fellow talk like that? He’s blaspheming! Who can forgive sins but God alone?’”

* Jesus knew what they were thinking, and used the healing to appeal to their minds

Vs. 12 “This amazed everyone and they praised God, saying, ‘We have never seen anything like this!’”

3) Jesus’ teaching was easy to understand and hard to accept

a) Easy to understand

Mark 4:33
“With many similar parables Jesus spoke the word to them, as much as they could understand.”

* He also knew when to quit, and only gave them as much as they could understand

b) Hard to accept

John 6:27, 29 & 36
“Do not work for food that spoils, but for food that endures to eternal life….The work of God is this: to believe in the one He has sent…you have seen me and still you do not believe.”

* Jesus’ teaching was counter culture – we tend to work to put food on the table first, and think of eternal life later

* But Jesus said: “…seek first His kingdom and His righteousness, and all these things will be given you as well.” (Matthew 6:33)

* If the disciples of Jesus’ day saw Him and still did not believe, how much more difficult is it for us to believe in the One we cannot see?

John 6:41, 42 &66
At this the Jews began to grumble about Him…Is this not Jesus, the son of Joseph, whose father and mother we know? How can He now say, ‘I came down from heaven?’ From this time many of His disciples turned back and no longer followed Him.”

4) Jesus’ teaching often began with amazement and ended in offence

There were five questions sandwiched in between amazement and offence:

Where did this man get these things?
What’s this wisdom that has been given Him, that He even does miracles?
Isn’t this the carpenter?
Isn’t this Mary’s son and the brother of James, Joseph, Judas and Simon?
Aren’t His sisters here with us?

* Jesus becomes “resistible” when we look at Him merely from the human perspective!

* The people saw Jesus as one of them (the man), not as the Son of God who had authority to save people from their sin and heal their bodies

* Today, irresistibility of Jesus depends on belief in His invisibility – are you up for the challenge?