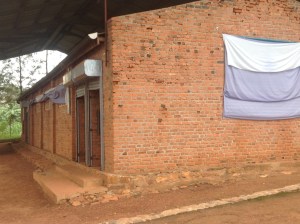 A Sobering Drive En Route to the Airport…

Last Friday, I preached my final session of a five day Shepherd Leadership Conference in Kigali, Rwanda. En route to the airport, my host asked if I would like to see one of three national monuments that have been preserved to commemorate the Rwandan genocide. Tuesday, April 7th will mark the twenty first anniversary of the beginning of one hundred days of the brutal and savage slaughter of over one million people in the nation of Rwanda.

I was taken to a catholic church where hundreds of people took refuge twenty one years ago, thinking that they would be safe as surely no one would attack a church. Little did they realise that grenades would be thrown through the windows, machetes would crack open skulls, and spears would be lunged through heads. The skeletal remains of heads and bones, and the clothes people wore that day, remain in the church reminding everyone who visits of the carnage that took place over one hundred days. We walked into the church cook house where people were burned alive, followed by a visit to a one room classroom where the blood of children remains on the walls to this day.

As we walked the grounds, I could not help but think of the fact that people took refuge in a church thinking that they would be safe. As one of our team said, “what was meant as a place of hope, became a place of violence and death.”

What a lesson for the church today. I pray that no one reading this blog ever faces the brutal and barbaric torture and death that the Rwandan people experienced in 1994. However, may it cause us to think differently about the people who walk through the doors of our churches, looking for refuge and answers to life. May we never replace the message of hope with in-house fighting, a quest for control, or the inability to get along with one another.

My drive to the airport last Friday, was one of the most sobering moments of my life. Take a moment to think of the millions around the world who have been wounded by the selfishness of the church. No, we are not using grenades, machetes, and spears, but is it possible that words of death, self-centered, agendas, and inward focused attitudes, may be causing millions of people to run from the church into a lost eternity? 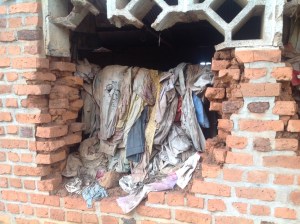 May we determine to never be part of a spiritual genocide in the church, instead may we point people to Jesus, the hope of the world!