What Is In Your Hands? (A tribute to a friend) 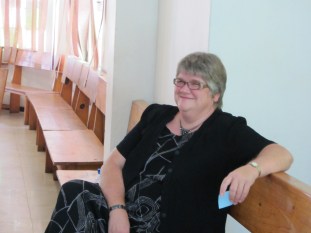 “But God” faith has been a hallmark of Cheryl Johnson’s journey over the last three years. Her commitment to Africa, genuine love for it’s people, and hospitality to fellow global workers, was evidence of a “But God” faith, long before cancer invaded her body.

MJ and my friendship with Cheryl began six years ago, when Zambia became our first African home. My reputation as a “hugger” was tested the first time MJ and I visited her home in Lusaka. As we came through her front door, I reached out to give her a hug and quickly realized that Cheryl was more of a handshaker then a hugger. Not to be deterred, it was my goal to turn Cheryl’s reluctance for a hug into a natural process between friends. In a email received from Cheryl shortly after her cancer was discovered, she wrote: “Don, I could sure do with one of those hugs right now”.

I remember the time I was away speaking at a pastor’s conference. At the end of the day, I texted MJ, told her about my day, said how much I loved her and wished her a good night sleep. Moments later a reply came on my phone. The message said, “I think you meant this for your wife”, signed Cheryl Johnson. The electronic mis-direct could not have happened to a better person!

This past summer, I was preaching at Sunnyside Camp in Alberta. Cheryl came to the camp service on Saturday night. I preached a message from John 6 called “What Is In Your Hands”. The unnamed boy gave the lunch that was in his hands to Andrew, who in turn took it to Jesus. Five barley loaves and two fish multiplied to feed 5,000 men, plus women and children. Even though we never hear the name of the boy nor do we read about him again in Scripture, he will always be remembered as the little boy who was willing to give up the lunch that was in his hands.

Following the service, Cheryl and I sat and talked in the auditorium. I will never forget the conversation that broke my heart and brought tears to my eyes. Cheryl sat beside me, looked into her hands and said: “My hands were once filled with Zambia, and now they are empty”.

What is the take home from a conversation like that?

The story of the five loaves and two fish ends with these words of Jesus: “Let nothing be wasted”.

Phillip’s take on the situation was that eight months of wages would only give each person one bite to eat. Jesus multiplication of what was in the little boy’s hand, grew into twelves baskets of leftovers. Think of it with me, the little boy gave up his lunch, and yet he ate as much as he wanted. The disciples worked so hard to distribute the food to thousands of people, and yet Jesus made sure there were twelve baskets left over so that they could eat too.

Be assured that nothing has been wasted in Cheryl Johnson’s life. She gave to Jesus what was in her hands while she lived on this earth. Jesus has used her life and ministry and multiplied it at least twelve times over, across the Continent of Africa. Today, she is in good hands, free from sickness and in the presence of Jesus!

On October 17, 2015, Melody-Brian Bigman, a friend of Cheryl’s, made this FaceBook entry.

“We are sitting in a hospital room with our friend Cheryl Ann Johnson, surrounded with other family and friends, watching her lift her hands heavenward as she calls out ‘yeh, I get to go to Heaven’ and to listen to her call on the name of Jesus. What an amazing picture of the intimate personal relationship that is possible between The Lord and his children.”

As Jesus gave up His final breath on the Cross, He said: “Father, into your hands I commit my spirit.” (Luke 23:46). On October 28, 2015, Cheryl, whose hands had been filled with Zambia, lifted them heavenward one final time and placed her hands in the hands of Jesus. Nothing has been wasted in her life! 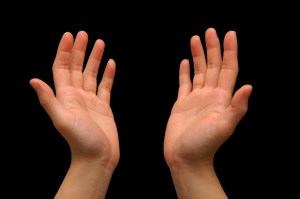 I have a feeling that Cheryl, the handshaker turned hugger, gave Jesus a big hug when she arrived in His presence.

From your friends Cheryl